This article was written by Devin Thorpe, author of "Building Wealth for Building the Kingdom: A Financial Planning Guide for Latter-day Saint Families". Devin has owned and operated an investment-banking firm, which included an investment advisory business, a mortgage brokerage and having served in a variety of corporate finance positions. He has unique experience in this area. You can buy his book here. You can also follow his blog at bw4bk.tumblr.com. 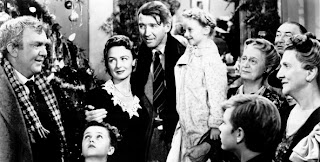 I’m a Mormon and in all my years, I’ve never faced a personal attack on my religion.

The nearest thing to a personal attack on my religion was in graduate school, a visiting student (who later enrolled) asked me where I was from and upon hearing I was from Utah, she said, “how did you like that?” She was clearly referring to my experience living among “all the Mormons” but I confess, I forced her to say it, by asking her in reply, “What do you mean?”

She was, as you’d expect, a little embarrassed when she completed her query and I responded that I was a Mormon. We both smiled and that ended the conversation.

So that was it. The closest thing I’ve ever experienced to a personal attack on my religion.
Of course, I’ve had some theological discussions with people who don’t agree with LDS doctrine, but I’ve never been the recipient of a personal attack.

Furthermore, I’ve never observed any anti-Mormon discrimination in housing, education, employment or service in any business establishment. Might I have been the victim of some prejudice of which I was unaware? Perhaps. But I’m not that oblivious. Are there some who might have treated me different but for not knowing that I was LDS? Likely, but that only seems to confirm my theory that once people know one another it is unnatural if not impossible to treat them according to the artifice of a stereotype.

Personally, I conclude that the reason this is the case is because people are all so generally good. We are all good to the people we know. We respect each other and even judge one another less by stereotypes and labels than by our individual character—once we are acquainted.

Stereotypes are only used—and then wrongly—by people judging groups of people they don’t know.
The implication of this observation is clear: if you don’t like “Mormons” or any other group of people for that matter, the remedy is simple. Get to know one.

Want to guest post on Stay N Faithful? All writers interested in posting on the topics of religious freedom, Mormonism towards non-Mormon audiences, and patriotism in an unpopular world are welcome to submit a request! Contact Jesse at jesse@staynalive.com.
Posted by Unknown at 12:33 PM