My Vision of The Iron Rod and Tree of Life 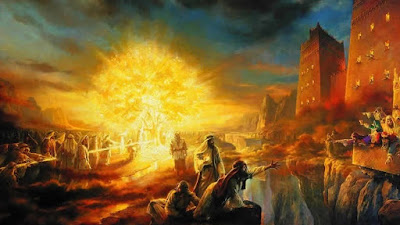 I just had a vision.
There is a story in The Book of Mormon about an "iron rod", leading to a "tree of life", and people holding onto that iron rod in order to get to the tree of life. Next to the iron rod is a "mist of darkness", and on the other side of the mist of darkness is a "great and spacious building", full of people pointing down and shouting at the people holding onto the iron rod. The interpretation by Lehi, and indirectly Joseph Smith (who interpreted the story supposedly by vision from God) is that those holding onto the iron rod are the righteous, and the tree of life is salvation and exaltation in the Kingdom of God.
While I have my doubts about The Book of Mormon, let's assume it was a real vision that Joseph Smith saw as he interpreted the story of Lehi. What if Lehi, and Joseph Smith got it wrong? Plato talks about a cave where people inside see shadows on the wall, assuming those shadows are reality. What if, instead of a path to righteousness as Lehi and Joseph Smith interpreted, this "iron rod" story is actually the story about the people in the building, who have a view over the entire world, and the beauty of it all? What if, instead of pointing their fingers in scorn down at the people holding to the rod, the people in the building are actually shouting at the top of their lungs that they're a much more beautiful world, and much bigger story if the people holding to the rod would just turn and listen? What if the river is the chasm that those holding to the rod have to go through, tearing their lives and hearts apart as they get to the building where they can see the entire picture? What if the iron rod is actually Plato's Cave and the great and spacious building are those outside the cave, looking in?
On the other side you see things differently. You see a whole new world without boundaries, and now instead of just one story about a narrow, tunnel-vision group of people focused on salvation, you see everyone in the picture, and a world of suffering, while those holding to the rod judge those that are lost, and on the other side. They don't realize that they're actually the ones who are lost.
I feel free. I feel like I have a view of not just the iron rod and tree of life, but the entire world around me, the people suffering within, and all those holding to the iron rod unable to see the people who are suffering!
"Twas blind but now I see"... This is MY vision, and the clay has been wiped from my eyes.
You can read the story here: https://www.lds.org/scriptures/bofm/1-ne/8
Posted by Unknown at 12:29 AM 2 comments: 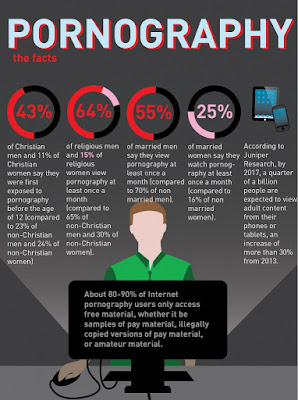 A well-intentioned and very kind-hearted Mormon Bishop on my feed deleted a comment I made on a post of his where I talked a bit about my obsession for pornography as a Mormon and how it ended when I left. It was probably my first admission publicly that I had an obsession with pornography when I was Mormon. I was going to wait to post this, but feel I need to now, in order not to be silenced. Being silenced by my local ecclesiastical leaders for making intentionally and extremely honest and helpful posts to my audience (not necessarily putting the Mormon Church in the best light as a result) was the reason I finally left, after all. I am a free agent now - I can say and publish what I want, and be my true self as a result. You get the honest and transparent me - ALWAYS. I wasn't going to let religion stop that.

Okay - tangent aside, I'll get to the meat of the matter. I hesitate to share this because it IS a matter of judgement and worry amongst most Mormons and religious (and many of my religious family don't know), but the minute people become non-religious they stop worrying about it and stop caring about what people think! By sharing this I risk some of my Mormon and religious friends to judge me and think of me as evil. I hope that's not the case. I hope you live up to your religion and the reasons you stay.

I'm learning more and more since leaving that I was not alone. One thing I've come to realize since leaving the Church is that Ex Mormons and those that are non-religious in general are much more willing to talk about these things, and you learn about all the minute details like this. I have yet to meet an Ex-Mormon who wasn't obsessed with pornography at some point in their time as a Mormon. If the LDS Church wants stats, interview those that leave the Church - those are the ones that will be honest with you!

When I left the Church, to be honest, I didn't try to stop my obsession with porn - developing a new system of ethics and morals, I didn't really care! But what I found is that, naturally, as I stopped worrying about it and having it shoved down my throat every minute and in every Bishop's interview (many of which I just lied as most people do, because I'd get so tired of it, and at times because my own livelihood relied on it), every Priesthood conference (meetings for the male leaders in an area), every Stake Conference (meetings for all members in an area held quarterly), and General Conference (meetings for all members in the Church held bi-annually), and then being taught to teach the youth I was in charge of on a weekly basis not to do it, I just didn't think about it any more. And naturally, I stopped. Completely. And I don't think about it at all and I'm definitely not addicted! I argue most who are non-religious aren't for this very reason.

Every book I read on the subject was depressing, teaching how we should use the "atonement of Jesus Christ" to overcome, as though it was a sad thing to have these obsessions. I was once told to go to a 12 Step program for Sexaholics because of my porn problem - that too was depressing, people with much worse problems than I had (child rape, adultery, among other things) mixed in with others of us thinking this was something as bad and life-threatening as alcoholism. I only went once because I felt it was making my problem worse. And then I was constantly being told it was an "addiction". It's something you "need to overcome" (see http://overcomingpornography.org for the LDS Church's official stance - it's treated as a sin). I was constantly focusing on the horrors of what I was doing rather than how to treat women right and what "consent" vs. "non-consent" is. It's no wonder I was obsessed! I was not addicted - I was subject to a constant bombardment of how bad a person I was!

It's not pornography itself that is the issue. It's shame, and guilt, and depression that is the issue surrounding pornography, and that exists because churches are constantly teaching, in an almost obsessive manner, that these things are evil. When in reality it's not pornography as a whole that is evil, but rather certain types of pornography where women (or men) are being treated as inferiors, where sex is being forced or manipulated (or implied as such), where children are involved, or where human trafficking is the source of the industry that are evil. Once we stop treating pornography, in general, as "evil", and start focusing on the real problems and reasons we don't want people looking at pornography (without focusing on pornography itself), the obsession, and associated "addictions" will go away. Entirely. I guarantee it.

I share this not to boast about leaving the Church or the benefits I'm seeing, but rather to point out that there are many, many (arguably MOST males and many females!) suffering inside of religion, and especially the Mormon church right now that shouldn't be. Stop treating it as a sin! Stop seeing it as shameful! Get it out of the Bishop's interviews! Get it out of General Conference and the youth and adult manuals for church! And frankly, if it gets you out of this rut, religion is not so important as to prevent you from having a happy life.

I guarantee, the minute the Church, or any religion gets pornography out of religion, the problems, with perhaps a small minute few exceptions, "addiction" to pornography will go away entirely and it will no longer be an epidemic. Maybe it's religion, or the proliferation and obsession over topics like pornography within religion that is the epidemic? Overcome that, and you overcome pornography.

Starting today, I'm going to begin a new series on this blog. In reality, it's a continuation of everything else on the blog - my transparent (as I have time) journey in everything I learn and discover on my faith journey in life. You can read back and see my previous posts as a Mormon and see a stark difference in my posts as a former Mormon, for instance. If you want to get into the mind of someone who has gone through this process, this should be a friendly, non-threatening way (no matter your religion) to do this and understand what someone like myself has gone through.

My next post will be a bit of a doozy, although honestly it doesn't seem that big to me any more now that I've left Mormonism. I'll let you find out in a few minutes what it's about but you'll definitely get a much better idea on how transparent I'm about to get.

Following this, I have thoughts on where my belief in God has transitioned since leaving the Mormon faith, as well as Jesus Christ, Joseph Smith, Brigham Young, and many other components of Mormonism. I find many who leave go through a similar process but we don't quite see the process of why they go through what they do. This will be me opening up my thoughts in as transparent a way I know.

Lastly, I want people to understand the challenges someone leaving a faith transition go through. It's not an easy process no matter what religion it is. That said, I'm still more confident, more free, more liberated, and happier than I've ever been since making my decision, and that's all that matters.

Stay tuned - my next blog post is coming soon!
Posted by Unknown at 10:04 AM No comments: